One week from today I embark on what will probably be the most perplexing, exciting, and hopefully rewarding month of my entire life. I’m flying to Japan.

Its a place that up until a few months ago, I knew very little about. Throughout my life I’ve gained a patch-work understanding of Japanese culture, mostly cobbled together through an assortment of Studio Ghibli films, anime tropes vicariously absorbed through my older sister, and re-dubbed Japanese Game Shows. Laughable, yes, but this level of knowledge is pretty common for many people living on this side of the Pacific.

Unless its something that specifically interests you, awareness regarding the ins-and-outs Japanese culture is something that evades many North Americans. Japan is seen as an enigma. Fiercely traditional, yet the most technologically advanced country on Earth. Reserved and humble, yet home to some of the most colorful and vibrant sub-cultures to be found in any developed country.

I should back up however, for there is a specific, underlying reason why I’ll be making this trip to Japan in the coming weeks. It is a generationally obliged journey, the seeds of which were planted a long time ago, and somewhat outside of my control.

Growing up, my parents would often rent out our basement to foreign exchange students. German flags, Italian soccer jerseys and Nepalese prayer flags all hung the walls at different points over a number of years. Many came and went, some stayed for a few weeks, some stayed for a few years, many of them I do not remember.

Shin was an exception.

When he first arrived in Canada, Shin spoke no English whatsoever, but within 3 months had taught himself to fluency. He did all this while studying photography at UBC, and would often be seen around town with a wild smile on his face, driving around his bright yellow Volkswagen Beetle. This marked enthusiasm and zest for life quickly became emblematic of the man I grew to know (as much as a child can know anyone, and much has been retold to me over the years).

Perhaps it was the formal values inherent to Japanese Culture, but I always remember Shin being much more involved in family life than many of our other students, and within a matter of months of his arrival me and my sister had a new, fun Japanese Uncle! Some of my earliest memories are of my pudgy 4-year old self perched on Shins shoulders as he would run around the living room, me shrieking in ungodly delighted terror.

Other highlights include the time he came home from the PNE with a massive stuffed Pink Panther doll for me and my sister, and of course the time I smashed my Grandpas wine glass at Christmas. Knowing, even at that young age, that Shin, and by extension the UltraMan action figure he had purchased for me that Christmas, came from a very technologically advanced place, I was absolutely positive that this small plastic superhero would be capable of accurate, unassisted flight. So, I did what any mistaken toddler would do, and hurled it across the room as hard as I could.

No one was hurt, but I’ve never quite lived that one down. 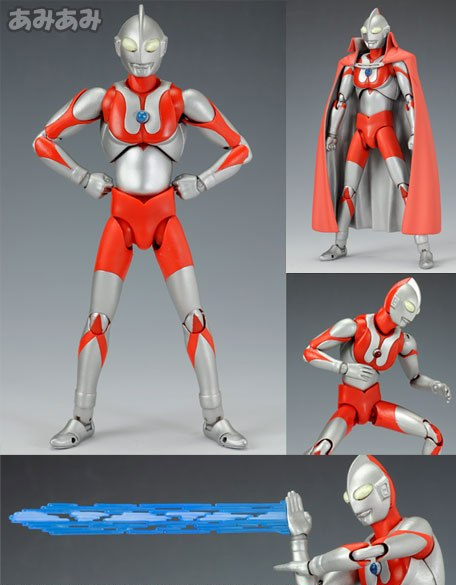 Flash forward to 2007, the Facebook craze has reached full swing and me, being a surly, trend-faring teenager, and Shin, being a professional photographer and all-around extroverted fellow, both make accounts on the social network. After monitoring my behavior a few years, I assume to ascertain whether I’d grown into a complete idiot or not, in 2011 Shin shot me me a message inviting me out to see him in Japan. Its taken me more than a few years to accept this invitation, but I couldn’t be more excited to finally make the trip, and meet the man who has become a blurred yet happy cloud in the memories from my childhood. He also has a small daughter now, and it looks like it will be my turn to be giving the shoulder rides.